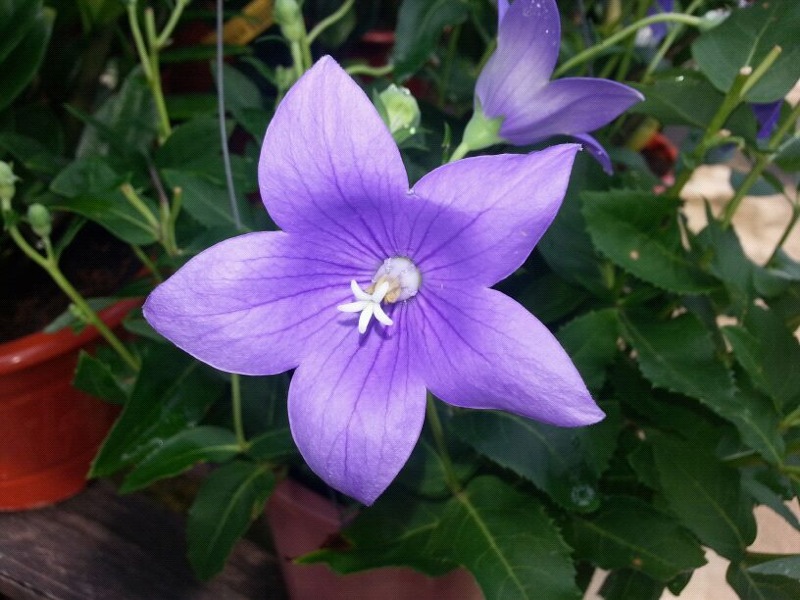 Campanula is one of several genera in the family Campanulaceae with the common name bellflower. Hinting its bell-shaped flowers—campanula is Latin for "little bell". The genus includes over 500 species and several subspecies, distributed across the temperate and subtropical regions of the Northern Hemisphere, with the highest diversity in the Mediterranean region east to the Caucasus. The range also extends into mountains in tropical regions of Asia and Africa. The species include annual, biennial and perennial plants, and vary in habit from dwarf arctic and alpine species under 5 cm high, to large temperate grassland and woodland species growing to 2 metres (6 ft 7 in) tall. 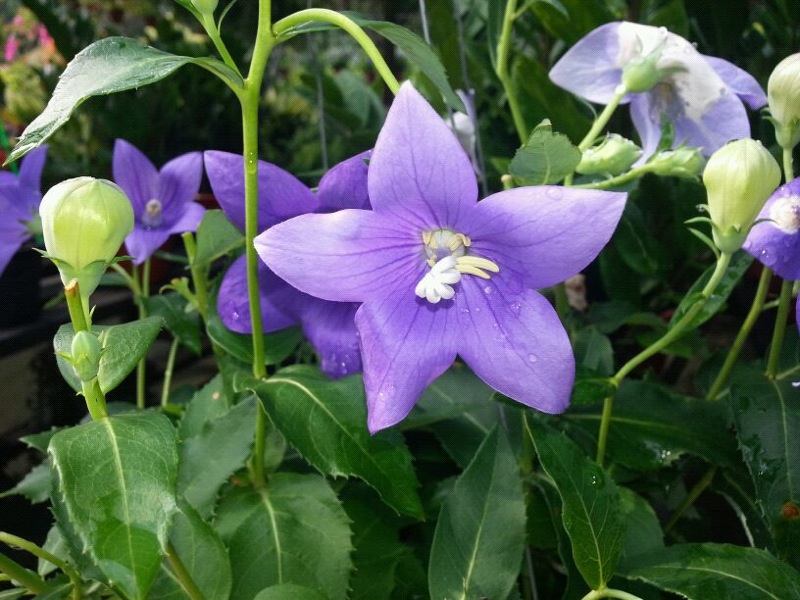 The leaves are alternate and often vary in shape on a single plant, with larger, broader leaves at the base of the stem and smaller, narrower leaves higher up; the leaf margin may be either entire or serrated (sometimes both on the same plant). Many species contain white latex in the leaves and stems. The flowers are produced in panicles (sometimes solitary), and have a five-lobed corolla, typically large (2–5 cm or more long), mostly blue to purple, sometimes white or pink. Below the corolla, 5 leaf-like sepals form the calyx. Some species have a small additional leaf-like growth termed an "appendage" between each sepal, and the presence or absence, relative size, and attitude of the appendage is often used to distinguish between closely related species.
Posted by Singapoare Plants Lover

Email ThisBlogThis!Share to TwitterShare to FacebookShare to Pinterest
Labels: bellflower

It is a beautiful flower, so delicate and the color is very pretty. Thank you for sharing with Today's Flowers and I wish you a very happy week :)

Such simple beauty in this amazing flower!