According to wikipedia: "Acacia confusa is a perennial tree native to South-East Asia.
Some common names for it are Acacia Petit Feuille, Taiwan acacia, Formosa Acacia, Small Philippine Acacia, Formosa Acacia (Taiwan Acacia) and Formosan Koa. It grows to a height of 15m. The tree has become very common in many tropical Pacific areas, including Hawaii, where the species is considered invasive" 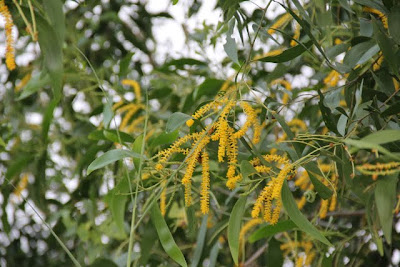 Email ThisBlogThis!Share to TwitterShare to FacebookShare to Pinterest
Labels: tree

that's not an acacia confusa , it's acacia auriculiformis