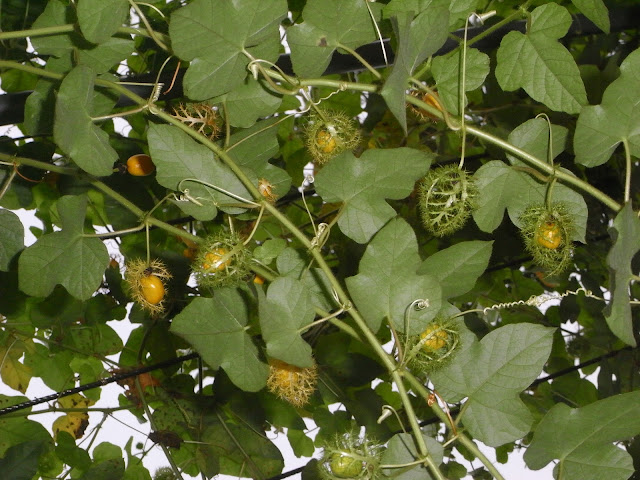 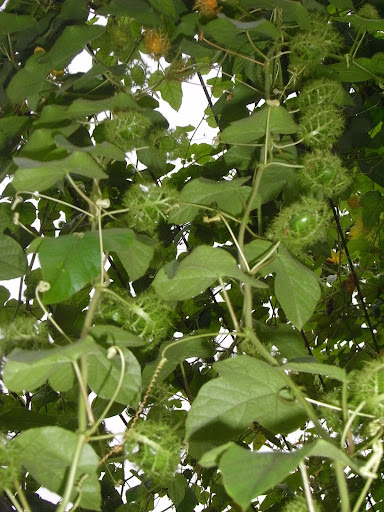 Email ThisBlogThis!Share to TwitterShare to FacebookShare to Pinterest
Labels: wild

yes yes yes, we used to eat them in the village in Borneo. The ripe seeds are a little like passion fruit. They must be the same family. We called them BOK BOK gou, because when we press them open, the go BOK BOK.

Found out its common Names: wild maracuja, Bush Passion fruit, marya-marya, wild water lemon, stinking passionflower,love-in-a-mist or running pop, is a species of passion flower that is native to the southwestern United States Mexico, Central America, and much of South America. It has been introduced to tropical regions around the world, such as Southeast Asia and Hawaii.
This creeping vine like other members of the genus, and yields an edible fruit.

This is call buah susu in malay. during child hood I like to hunt for it and eat. Birds also eat it. There is a bigger version with a beatiful flower. I remember seeing the plant in wild Sentosa. The bigger version can be bought at the market now.